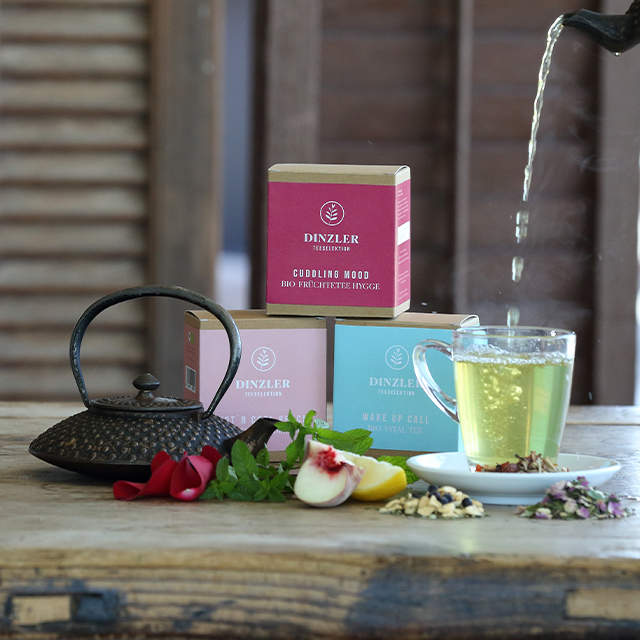 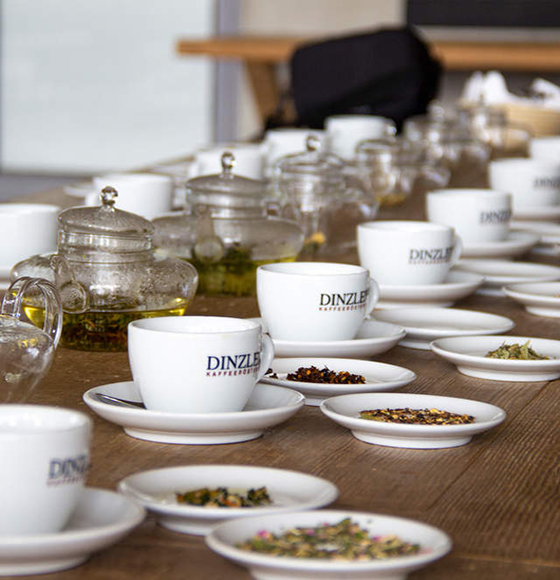 Tea is one of the most consumed beverages in the world and with its variety of types and flavours, it is not only popular in winter.

Various legends from India and China tell of the discovery of tea. Hence the Chinese emperor Shen Nung is said to have accidentally discovered the pleasant taste of the tee tree leaves in 2737 B.C. when he was boiling water underneath. However, it is only proven that tea was described as “Tu” for the first time in a dictionary in 350 B.C. Over the centuries, tea made its way through Japan and India, arriving in Holland in the 17th century and, eventually reached England and Russia before it began its triumphal march all over Europe. 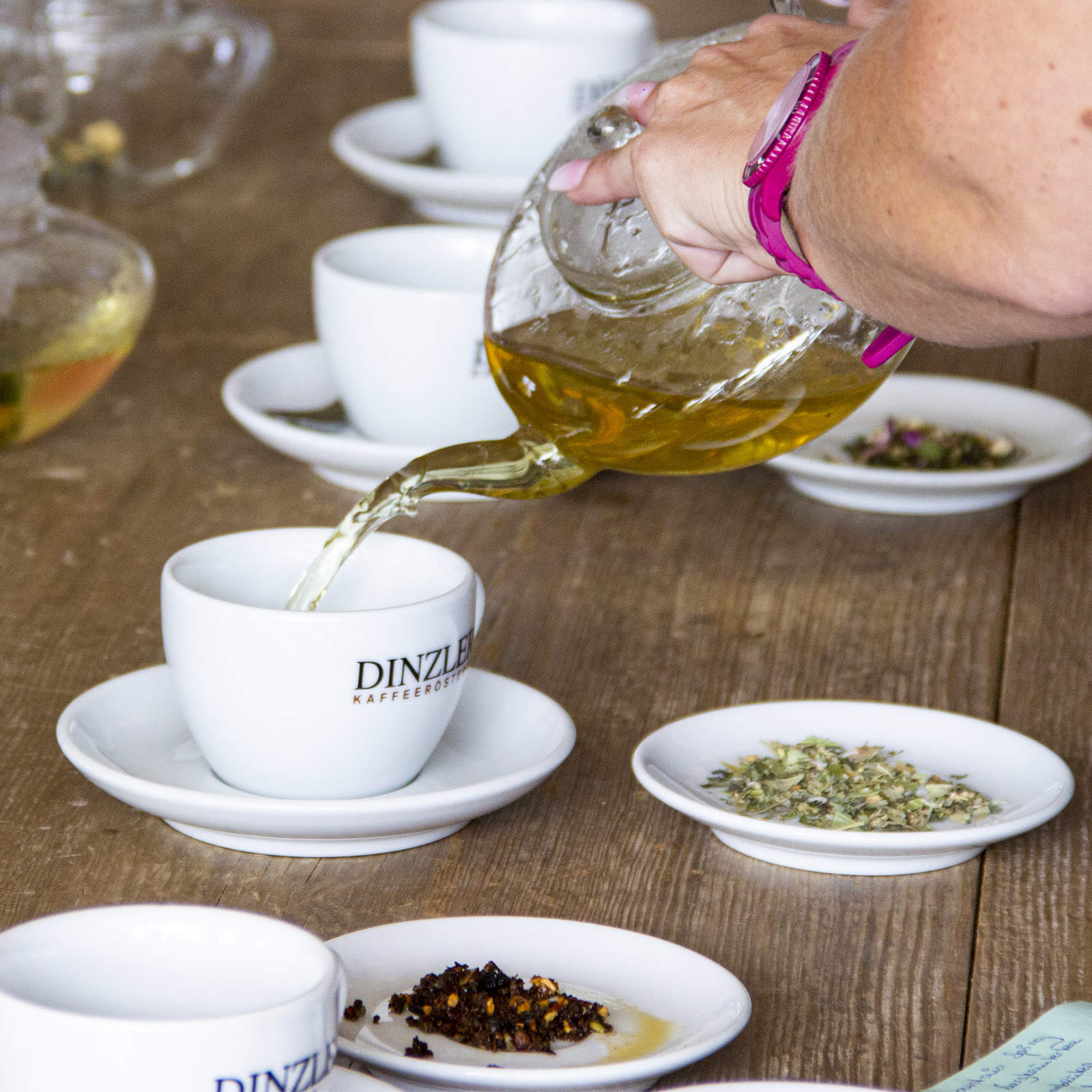 When selecting tea for DINZLER we place special importance on BIO certification. For that reason, our tea creations only comprise of accordingly certified ingredients.
As all substances of the tea are diffused into the water and because we want to guarantee you a tea indulgence free of pesticides and herbicides, we have decided on purely bio certified raw ingredients.
You’ll find out here what this means for you and your tea experience.

Secure yourself a 10% discount on your next order by signing up for a newsletter. With the DINZLER Coffee Roasters newsletter you’ll always stay in the loop and won’t miss out on any offers! You’ll get all the information about our current initiatives, coffee preparation tips and much more. The subscription can always be cancelled by removing your email address. We refuse to pass on your data to third parties. Please confirm your subscription by clicking on the confirmation link which you’ll receive after your registration. This way we can ensure that no unauthorised person will be able to sign up for our newsletter (using closed loop authentication). By clicking the confirmation link you thereby acknowledge our data protection policy and consent to us processing your data.